Close Menu
Bucks County Divorce Attorneys > Blog > Divorce > Why Must a Writer Split a Court Settlement with His Ex-Spouse?

Why Must a Writer Split a Court Settlement with His Ex-Spouse? 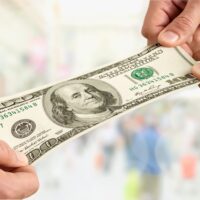 Hollywood is full of interesting stories that roll out on the big screen almost every week. Take the 2013 White House thriller “Olympus Has Fallen”, starring Gerard Butler, Aaron Eckhart and Morgan Freeman. This movie delivers a lot of action and surprises, but did you know it did the same thing in Pennsylvania Superior Court?

Splitting a Court Settlement With an Ex-Spouse

When the studio bought the script to the blockbuster “Olympus Has Fallen”, it probably didn’t concern it that only one half of the writing team that wrote the script was selling it. However, it did matter to a Pennsylvania man who co-authored the script only to find that his writing partner had sold it without him. The man took his writing partner to court and settled for $194,687, $175,000 of which was in exchange for the rights to the film.

In 2003, as part of a property agreement with his soon-to-be ex-wife, the co-writer agreed to share half of any proceeds from that very same script. Arguing that the $175,000 payment for his rights to the script was a post-divorce court settlement, and not a payment, the writer went to court with his former spouse. After the Delaware County Court of Common Pleas ruled that the $175,000 payment was essentially a sale—and subject to the divorce agreement. The writer appealed to the Pennsylvania Superior Court, but the higher court agreed with the common pleas court.

This goes to show how important a well written property settlement can be in a divorce. These agreements will not only dissolve a marriage, but they will determine several details of your life moving forward. Consulting an attorney that understands how this will affect your family is a must, especially when you are a creative person whose living comes from intellectual properties.

By Kardos, Rickles & Hand P.C. | Posted on June 14, 2018
« How Can the #MeToo Movement Affect Divorce?
Could Retirement Affect Your Alimony in Pennsylvania? »