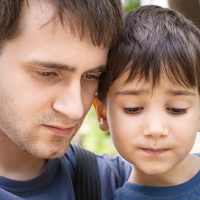 Parent alienation is a term that describes situations when a child turns away from one of their parents during a divorce. It can be the result of a parent saying negative things about the other parent. Or, they refuse to timeshare parenting or do not co parent as they said they would. This can create a moral dilemma for children because they want to please their parents. There can be feelings of separation, guilt, and confusion.

If you are navigating the divorce process and fear your child is receiving negative information about you from your spouse, connect with a Bucks County family attorney. An experienced lawyer understands the frustrations of custody disputes and can help you secure the future you are hoping for.

What is Parental Alienation Syndrome (PAS)?

PAS was introduced in the mid 1980s as a term to describe a collection of child behaviors. The term was developed to help describe some of the impacts child custody litigation can have on kids. Essentially, PAS is the idea that one parent manipulates the situation to punish the other parent, resulting in children feeling hostile and disrespectful toward the other parent. This is a result of a child being told the other parent is bad or untrustworthy.

While this is not a concept used by all child psychologists, PAS does have a collection of symptoms. If you notice one or more of the following symptoms, a child may be responding to a negative environment.

For the health of the children, it is best for them to have an ongoing relationship with both of their parents.

There are statistics that point to children that do not have fathers in their lives having additional risks, for example. They are at risk of alcohol abuse at an early age, participating in drug use, being victims of abuse, and having more trouble in school.

A Lawyer Can Develop a Legal Strategy for You

A lot has changed in the past 35 years. While PAS was widely recognized a few decades ago, there are courts and psychologists who currently do not believe the symptoms are a direct effect of a divorce. After all, emotions are complex and what a child is feeling may have been years in the making and not a result of the divorce itself. That said, custody disputes and parent-child relationships are as sensitive today as they were in the 1980s.

If you are involved in a child custody dispute, you need a lawyer on your side. A Bucks County family attorney can help you establish a fair parental agreement.

Do you have questions about parental alienation syndrome or want to discuss the details of your custody dispute? The family law attorneys at Kardos, Rickles & Hand can help. Our dedicated legal team understands the finer points of family law. There are opportunities to create the life you want. Schedule your consultation today, call 215-968-6602.