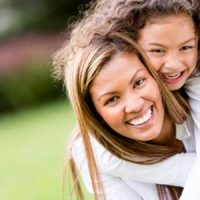 Couples who have children and then split up often have disagreements connected to parenting plans and child custody arrangements. This is true for married couples and couples who never married but started a family together. While there are broad similarities surrounding custody laws throughout the United States, there are distinctions from state to state. Understanding the specifics of the custody laws in your state will help you in securing the outcome you are seeking.

If you are moving toward divorce in New Jersey and have questions about child custody, talk to a skilled Bucks County family attorney.

But legal custody does not include where a child will live. Where the kids reside is referred to as physical custody and both sole or joint arrangements are possible with physical custody as well. If parents agree to equally splitting time, each parent may have the kids on alternate weeks, for example. When sole custody is in place, children reside in one home but often have a set visitation schedule with their other parent.

If you and your ex-spouse are unable to craft an agreement, New Jersey courts often favor joint custody arrangements, both for legal custody and physical custody. Unless there is a reason why time with a parent is not in the child’s best interests, joint agreements are preferred because it allows kids to continue their relationships with both parents. Often 50/50 custody is awarded, meaning custody division is equal.

Custody Will Not Be Awarded If a Parent Is Unfit

If you believe your ex-spouse or ex-partner is unfit, it may be possible to achieve sole custody. That said, you will need to provide the reason why the other parent is unfit to the court. Typically, an unfit parent under NJ law has one or more of the following.

Additionally, age could be an issue when an NJ court is making custody determinations. For example, if a minor is over 12 years old, a judge will take their opinions about who to live with into consideration.

Do you have a New Jersey child custody question? Talk to the family law attorneys at Kardos, Rickles & Hand to learn about what options are available. Our attorneys will listen closely to your goals and determine how to work toward your objectives, whether you were married when you had children or not. The future you are seeking could be possible with a skilled attorney fighting for your rights. To get started, call 215-968-6602.