How Will a New Pennsylvania Law Affect Child Custody for Grandparents? 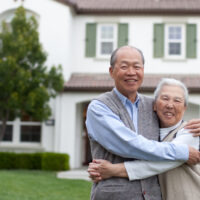 In the case D.P. v. G.J.P., 146 A.3d 204 (Pa. 2016), the Pennsylvania Supreme Court ruled that a portion of the Child Custody Act was unconstitutional. Under 23 Pa.C.S.A. Section 5325(2), grandparents had standing to seek partial legal or physical custody of a child if the child’s parents had been separated for a period of at least six months. However, the court found that this raised an equal protection issue.

The law’s previous wording did not account for the will of the parents in such custody proceedings. This allowed grandparents to pursue custody despite parental wishes in some scenarios. So, the state’s Supreme Court struck down this section. Grandparents could no longer file for custody if the parents were separated for longer than six months. This limited the circumstances that allowed grandparents to pursue custody, but now new legislation seeks to fill in those gaps.

Effective July 3, 2018, SB844 amends 23 Pa.C.S.A. Section 5325(2). If parents have started a custody proceeding but don’t agree on whether grandparents should have custody, a grandparent may pursue custody. This also applies to great-grandparents. This means that if both parents do not wish for a grandparent to have any form of custody, then the court will not grant it.

This amendment seeks to close a hole left by the Pennsylvania Supreme Court’s ruling. Only time will tell if this patch is nuanced enough to meet equal protection standards. However, grandparent custody issues are often time-sensitive and based on specific facts and evidence. This is why it is important to contact a family law attorney when dealing with custody issues. The experience of the attorneys at Kardos, Rickles & Hand can help you navigate a child custody case and improve your chances of a fair resolution.

By Kardos, Rickles & Hand P.C. | Posted on July 7, 2018
« Could Retirement Affect Your Alimony in Pennsylvania?
Why Did a Pennsylvania Mom Frame Her Son for DUI? »