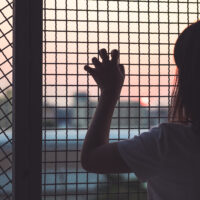 Last month, we discussed how a new bill has changed the standing of grandparents in Pennsylvania child custody cases. But did you know that the same bill also grants certain other individuals standings in custody actions as well? This change could help kids all over the state find loving homes, and the opioid epidemic could be the source of this change.

When SB844 went into effect on July 3rd, it not only closed a loophole in the standing of grandparents in custody cases, it gave other individuals standing as well. By modifying 23 Pa.C.S.A. Section 5324, this new bill gave individuals other than grandparents and relatives standing outside of in loco parentis.

If any individual can prove through “clear and convincing evidence” that they have assumed or are willing to assume responsibility for a child, then that individual can have standing in a custody case. However, they must have a “sustained, substantial and sincere interest in the welfare of the child”, and neither parent must be able to care for that child.

This allows individuals who might be a child’s best option for care to petition for custody. These third parties can include aunts, uncles, cousin or friends of the family who were previously not recognized as having a standing in court.

According to SB844, this consideration was made due to the growing opioid epidemic. The ravages of overdoses are robbing children of their parents, and it is often putting them in a tough position when it comes to custody. This bill now helps grandparents and closely related third parties provide for these kids in need.

To learn more about this custody amendment and other family laws here in Pennsylvania, keep following the blog at Kardos, Rickles & Hand. And for those who find themselves in need of help with our state’s family laws, don’t be afraid to contact us for help.

By Kardos, Rickles & Hand P.C. | Posted on August 14, 2018
« Why Did a Pennsylvania Mom Frame Her Son for DUI?
How Has the One-Year Separation Law Changed Pennsylvania Divorces? »