Could Retirement Affect Your Alimony in Pennsylvania? 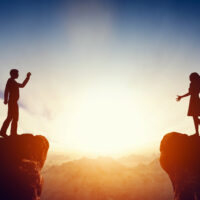 Alimony is the payment made by one spouse to another based upon either the terms of a property settlement or a divorce decree. If the alimony was figured using the property settlement, then that settlement governs any modifications or termination of the alimony. However, if alimony is asserted through a divorce decree, then modifications and terminations are governed by the Pennsylvania Divorce Code. These are critical facts to know, especially if you are paying alimony and are considering retirement.

How Retirement Can Affect Your Alimony

A recent case examined by the Pennsylvania Superior Court involved a ruling that granted both the modification and termination of alimony for a managing partner at a law firm. When he and his wife divorced, he was making almost $290,000 a year, and the court determined in the divorce decree that he would pay his spouse $4,500 a month in alimony. However, his financial situation was changing.

He filed for termination of his alimony based on his health and impending retirement. The man’s doctor was giving him treatment for Hepatitis C and recommended that the man reduce his workload and retire at 65. He anticipated that this retirement could drastically affect his income, and the court initially agreed. However, his former wife had objections to the ruling.

She appealed the court’s decision, claiming that the modification didn’t go through the 17-factor alimony analysis required by law, nor had any of these income changes occurred. Though the Superior Court did not rule on the 17-factor claim, it did agree that the lower court had erred in its ruling. Alimony modifications and terminations are supposed to take into consideration the payer’s current financial situation, not future financial situations that have yet to happen. The Pennsylvania Superior Court then vacated the ruling of the lower court.

For more updates about family law in Pennsylvania and how it affects you, keep following the attorneys at Kardos, Rickles & Hand.

By Kardos, Rickles & Hand P.C. | Posted on June 28, 2018
« Why Must a Writer Split a Court Settlement with His Ex-Spouse?
How Will a New Pennsylvania Law Affect Child Custody for Grandparents? »