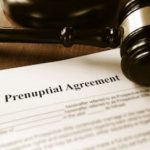 Not Just In The Movies Many of us have heard of a prenup agreement – these are quite often seen in the movies or the tabloid, considered a necessity when a celebrity couple marries or one partner is rich. Most recently, there was talk about the marriage of Justin Beiber and Hailey Baldwin. People… Read More » 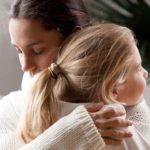 Figuring out who will have custody of the children involved in a divorce proceeding can be incredibly stressful, especially at a time where emotions are running high. There are so many factors to consider, including where the children will live, who will make the important decisions in their lives, and what the children themselves… Read More » 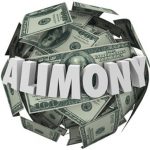 Alimony is consistently considered one of the most controversial topics in relation to divorce proceedings. Alimony, which is monetary payments made by an ex-spouse to the other former spouse after their divorce is finalized, is handled slightly differently in the State of Pennsylvania than in other jurisdictions. When a divorce decree is entered, if… Read More » 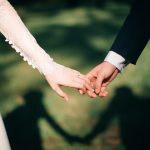 What Is the Difference Between a Prenup and a Postnup?

The main difference between a prenuptial and a postnuptial agreement is that a prenup comes before marriage and a postnup can be agreed upon at any time during a marriage. What Is a Prenuptial Agreement? A prenup is a contractual agreement between two people before they get married. In Pennsylvania, it is legally called… Read More » 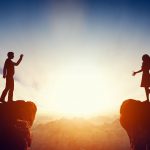 How Has the One-Year Separation Law Changed Pennsylvania Divorces?

Two years ago, on Dec., 4, 2016, the Pennsylvania Legislature relaxed its “no-fault divorce law” waiting period from two years to one year for a spouse seeking to obtain a divorce without the other spouse’s consent. Over the past two years, there have been various short-term studies regarding the amended separation law. At this… Read More » 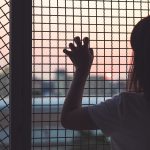 Last month, we discussed how a new bill has changed the standing of grandparents in Pennsylvania child custody cases. But did you know that the same bill also grants certain other individuals standings in custody actions as well? This change could help kids all over the state find loving homes, and the opioid epidemic… Read More » 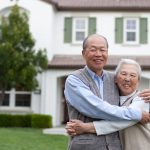 How Will a New Pennsylvania Law Affect Child Custody for Grandparents?

In recent years, the standing of grandparents when it comes to child custody has been unstable in Pennsylvania. The Child Custody Act granted elevated standing to grandparents during custody disputes, but that changed in 2016. Now, a new Pennsylvania bill is trying to fill in the gaps and correct the course when it comes… Read More »

As reported by the DailyJournal.Com, talks over competing alimony reform bills are becoming as heated as the divorce fights they both aim to regulate. A group proposing to overhaul New Jersey’s alimony laws says legislation proposed by the New Jersey State Bar Association to do the same thing would hamper actual reform needed in… Read More »

Under recent amendments to the New Jersey Uniform Premarital and Pre-Civil Union Agreement Act, premarital agreements will be more difficult to amend. Therefore, it is imperative that both parties fully understand their rights and obligations before signing on the dotted line. Essentially, a “prenup” is a written contract executed prior to marriage, which outlines… Read More »

In D.C. v. J.S., 151 Montgomery Co. L. Rep. 29 (2013), the court addresses whether an award of counsel fees is appropriate under the custody statute 23 Pa. C.S. § 5593, which awards counsel fees to a party if the court finds the conduct of another party was obdurate, vexatious, repetitive or in bad… Read More »